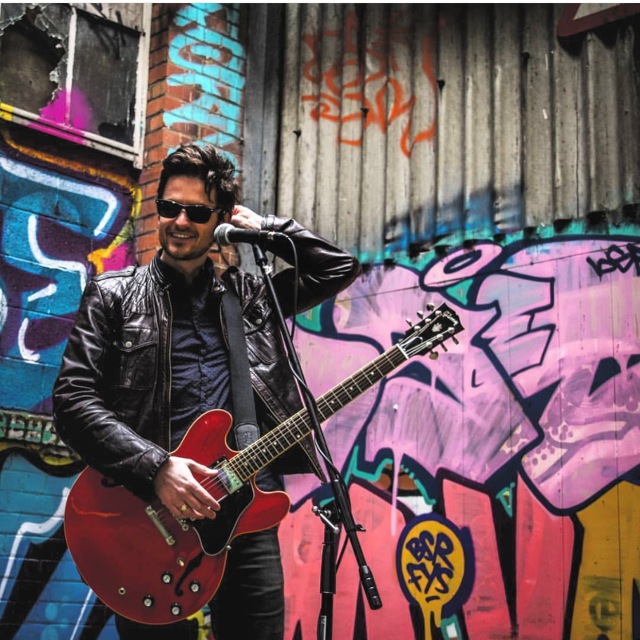 “His most recent song, ‘Invented’, has a bit of a Coldplay feel about it, with more than a vibe of Americana. It’s a really airy, light, eminently re-playable song, and a brilliant showcase of his talent.” – Essentially Pop

“Polished to perfection, Open Your Eyes is a fantastic track which if there is any justice in the world should be destined for your radio while the song’s creator may also be destined for bigger and better things.” – The Musical Outcast

Southampton based Cameron Davidson, who is alredy favoured as one of BBC Introducing’s best acts of 2015, showcases his mesmerising alt-rock style. His entirely independent style inspired his latest single ‘Invented’.

Previously fronting the Southampton five-piece 6 Minutes to Sunrise, he shared the stage with Lonely the Brace, Natives, Man Made, Funeral for a Friend and Nothing but Thieves.

Cameron now focuses on an independent solo career, handling all elements of the music such as writing, playing and recording all the instruments himself.

Alongside ‘Invented’ Cameron has also recently released energetic rock number ‘Open Your Eyes’, as well as soaring single ‘Sundowns and Hurricanes’ – both of which you can hear below.

Watch the video for ‘Open your Eyes’ here:

Cameron has had a life-long passion in music, working as an assistant in a recording studio when he was younger. He is also the son of comedian Jim Davidson showing that being a performer is in his blood.

Artists that he been compared to include Kings of Leon, James Bay, One Republic and Snow Patrol.

Christmas this year may be hectic for all, but this 8-year-old has made it her mission to raise awareness for those suffering this festive...

Celebrated singer and multi-instrumentalist, Jon Scott, is to release a brand-new EP entitled Freedom – A New Jerusalem, his recount of...

Richard Stevens, made redundant from his work last summer, has now found himself with a brand-new job, thanks to his son Oscar's...

Antonia Grace has already proved her worth as both a singer and an actor. Her latest single 'My Little Ten' sees Grace's outlook on...

On November the 29th something a little different aired on BBC Asian Network. Rock music is described by radio host Nihal Arthanayake as a...